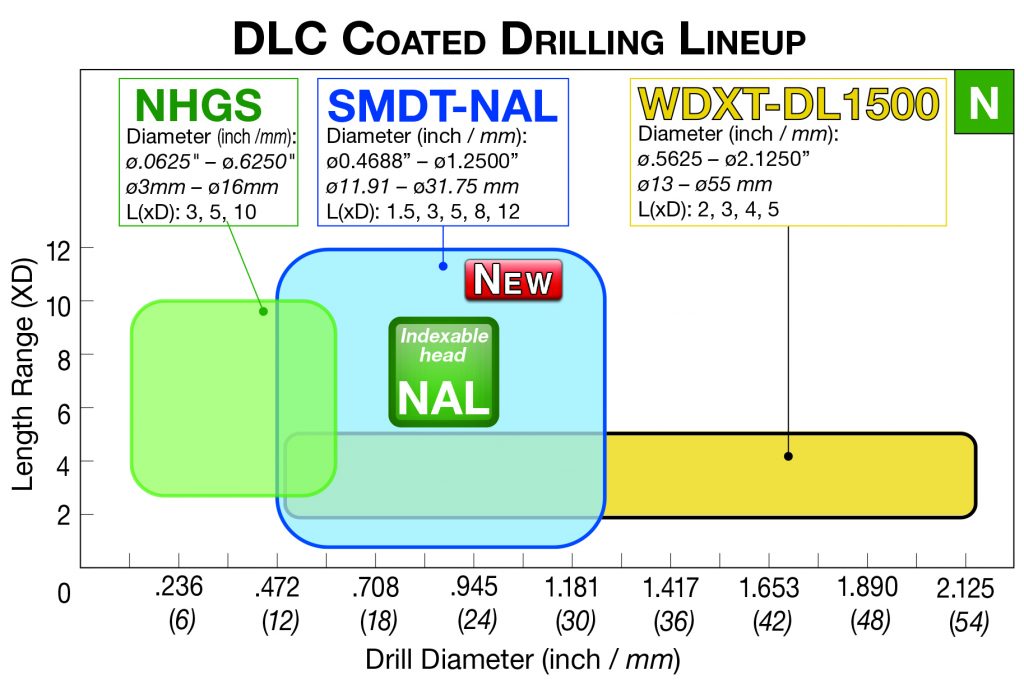 Diamond-Like Carbon (DLC) film is an amorphous film which main composition is carbon with lubricity and chemical stability. It is a unique hard thin film that features high-hardness, superior tribology properties, and excellent adhesion resistance. DLC films have been used to reduce fuel consumption of automobiles by reducing friction loss and are also used as a coating of cutting tools for aluminum alloys that have been widely used for automobile weight reduction.

The cathode arc PVD (Physical Vapor Deposition) method forms a DLC film on the surface of a substrate by generating a continuous vacuum charge on the surface of a solid graphite cathode to efficiently generate carbon ions. This process features easy formation of hard hydrogen-free DLC films that contain more diamond and less graphite because of the high vaporization and ionization rates of graphite.
The Arc PVD Method forms DLC films and do not contain hydrogen. They are hard thin films with a hardness second to diamond. They are used for tools for cutting aluminum alloys and molds, and are effective in preventing adhesions of soft metals and resins, improving processing accuracy and extending tool life.
DLC Coatings are less likely to cause aluminum adhesion and have a lower friction resistance, which smoothly discharges cutting chips. The tools coated with DLC had lower cutting forces compared to a normal cemented carbide tool in both wet and dry conditions. Bring new life into your used tools by Sumitomo, or our competitors, by sending them to Sumitomo Electric Carbide Manufacturing for a quality regrind, and recoat in our brand new DLC coating chamber. Protect your investment and get the most out of what you put in by further enhancing the productivity of your tools. A Sumitomo certified regrind will reduce your cost of production and waste – improving your profitability.